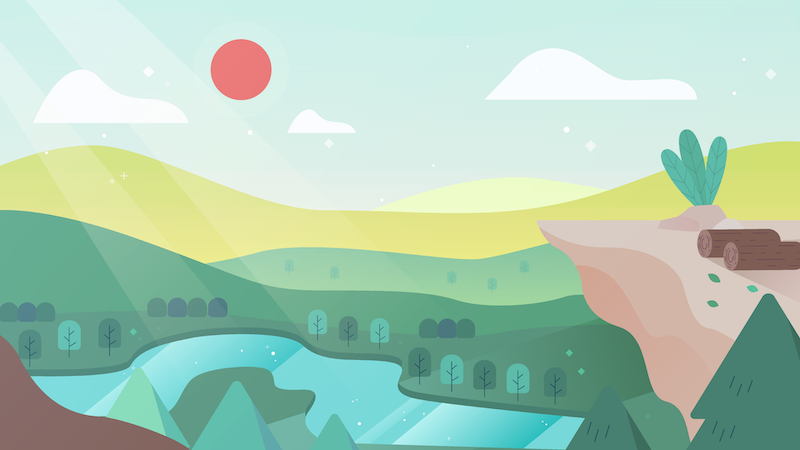 Early in my career, I thought that your life's contributions were a combination of two factors:

Under that framework, there were two types of people.

The first, were people who helped a few people by a lot.

Full-time parents have that stereotypical contribution profile: they raise their kids having a massive influence over 2-3 people. Local businesses have a slightly wider audience with a shorter amount of help.

The second type of people, which is where I felt like I was a few years ago, were the people that were helping a lot of people (say, a fraction of the human population) by a few.

Most people in tech have this contribution profile. You build software that gets used by billions of users, but it is not like the "X for Y" app that you are building is really changing someone's life (in the same way that a parent does).

Then, at some point, I felt something really unsatisfying about my work. I realized that most of the code I had written years ago were long gone: products were cancelled, infrastructures were refactored and ideas were replaced.

I realized that my contributions weren't an area, they were a volume.

I realized there was a time dimension to my contributions: when you help and by how long.

Most people were helping some people today, which is more or less where I was at.

I call this now my macarena of engineering phase: I had created a few summer hits that were easy to forget a year later.

Now, I wasn't super excited about research either (in academia or in the industry), because I felt their contributions typically have a profile to help some people in the future.

Then, at some point, I realized the common pattern of the people I have admiration for: their contributions are durable.

Their contributions help people across generations.

I grew up reading Socrates, Plato, Aristotle, Phytagoras, Da Vinci, Machiavelli, so it is probably not surprising that as a yound adult I admired folks like Linus, Ted Tso, Ken Thompson, Vint Cerf, TimBL, etc, rather than enterpreneurs / CEOs.

I'm not sure how this is going to evolve as I go along and learn new tricks, but so far, this has been a useful realization for me and I hope it brings you some clarity too.

How many generations are your contributions going to help?