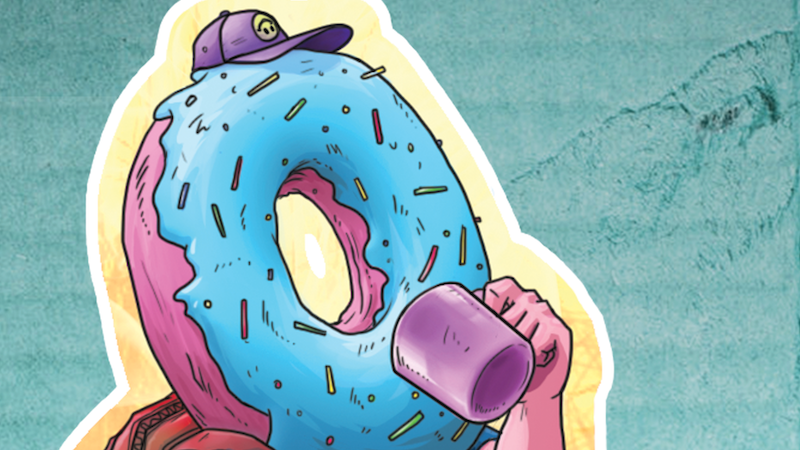 Notes from this interview.

Transcends but includes the prior logic. Concentric logics.

Interior individual development, to better underestand the gradual evolution of, standing on the shoulders of Piaget who looked at stages of child development, widen the aperture beyond cognition and extended the study beyond children/adolescence (which is where Piaget ended), there were no further qualititative transformations in brain material after the first 20 years of live, you live among adults and you see that some people seem to be making meaning and qualititative perceiving the world at a greater depth than others.

Yes, but I'm not quite there yet.

My underlying logic is still around "what's in my best interest". The stage that comes before the "socialized mind". A qualitative different stages, not pursue your own interests, look at others as opportunities or obstacles to get their needs met, but begin to internalize the values and believes as others around you, and eventually that you relate to others not in terms of getting your needs met, but where you actually become more part of society because society has become more part of me, i begin to internalize the values, believes and expectations of important people around me. able to subordinate some of your short term interest, on behalf of enhancing the relationship. has begun to make that transition, you can count on them they'll keep their agreements, not because they'll get in trouble if they don't, but because they want you to continue to trust them and respect them.

The socialized mind may have been completely adequate in an environment / society that for the most part don't exit anymore where you can live your whole life in a relatively contained ecological niche, and where there was a single definition of how one should live, or behave like an elder or a man or a woman in this tribe.

But, in a modern world, with so many definitions of how one should live, there is increasing demand how to resolve complex problems, where there isn't a single unified set of expectations for us to align ourselves with, the socialized mind becomes inadequate for the task.

What does it take to not just accomodate yourself to what's expected and let be shaped by the environemnt, but to create an internal authority, an internal compass, an internal way, that becomes a filter that you use to evaluated the many claims on your intention and your values. Where you look at the expectations and you say respect that that's your expectation, but I also entitle myself to make a certain judgement as to whether I want to meet that expectation exactly like that.

The ability to do those things requires a qualitative different stage level than the socialized mind. Not just to be written upon, to be authored by your culture, but to take your own identity and own sets of believes, that's the called self-authoring stage.

This gradual transformation, can begins in their twenties or forties or often never.

But, it is also not the final stage of development to put together your own internal authority, there can come a time where you come to recognize, that in as much as it is powerful that your internal compass enables you to be, inevisbly your system for making meaning for which you become identified has limitations, has blindside, priviledges somethings and disadvantages something else. As you come to see those limits, you have the potential now to again step again from something that you have been embedded in, that is the gradual move of development, where you from being a subject of a way to make meaning, to be able to step back from it and turn that into object, so you can now look at it be in relation to it and be able to construct a new subjectivity, one that transcends but includes the prior way of knowing.

The self-transforming mind, instead of identifying yourself with the particular form you have created, you can now see yourself as the self that creates forms, that can move from one form to another, that can hold multiple forms together. To interrogate your own internal systems.

On Hierarchies and Progression

There is a natural tendency to feel alergic to hierarchies and question whether they serve the ones who put them together. Who is to say that stage a is higher or lower than stage B in the developmental theory? The notion that some stages are better than others brings a lot of discomfort.

The extraordinary joy and wonder of engaging in the miracle of being alive, you have the potential to actually transform.

To come to realize that, we don't all of us come to experience the fullest experience of being alive.

If we are dying as caterpillars, there is a whole dimension of life experiences that is possible for us that we are not having the chance to realize.

If we could live infinitely, we would all develop at some point. Education is about creating as many conditions as you can so that you can create a very fertil space that wouldn't just sponeaustly create itself. First of all, it is psycologically safe enough that makes me comfortable enough to live my comfortable space. Enough support to help me with what's going to be a difficult thing, not about the world but about me, I need to grow and extend above my limitations. Learning is putting yourself in a position where you are acknolwedging that, at some level, you are inadequate, that I'm not entirely done. You need problems, challenges, experiences that run you into the your limitations. You need problems that you can solve you, rather than the problem itself. You need good problem to grow on, good challenges that will provoke you, that will create the desires in you to actually become an even better version of yourself.

Why are humans developing? Why are we doing this?

Generally does any specifies to anyting collectively but to survive, to succeed, to maintain itself.

We are the only specicies that are living this many years beyond fertility and reproduction. Most organics, finish their fundamental job of replacing themselves and them they parish. This is something that we have only recently started to do, in the history of mankind. And that provokes that question of why is that happening. Some would say that medicine is getting better, but that's the "how" not the "why" of this is happening.

The higher states of development, the self-transforming mind, is a potential way to handle the most lethal features of being a humanbeing. What if the fundamental reason we are developing and staying alive is to develop more of that order consciousness that will enable to save ourselves, living longer in order to solve the biggest problems to solve biggest problems that pose to our survival.