A Taxonomy for Verbs 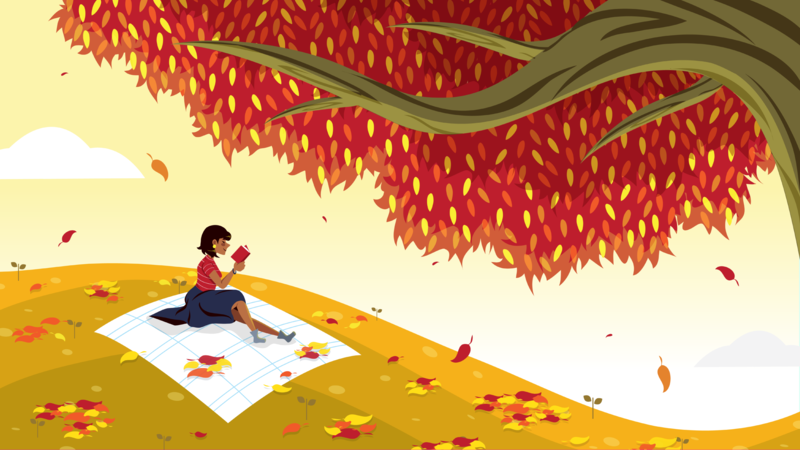 Earlier last year, I went through the process of understanding verbs with my group, which eventually lead to the development of http://schema.org/Action and its hierarchy.

I figure that it could be useful to document what was the thinking process and the types of resources we created as we were approaching the problem in case anyone runs into this too :)

The underlying motivation was to enable this to be built.

Here is a presentation that I gave at a local conference.

The main problem we were trying to solve with the hierarchy was twofold:

An example of synonyms is Buy and Purchase: they both mean the exact same thing. We pick one and we make it clear on the documentation that one refers to the other.

We solve ambiguity by fixating a meaning, and using more verbs for the other meanings under different hierarchies. For example: Receive means getting an object that was moved from one place to another; Taking is for when the object has been given to you and is now yours; Accepting/Rejecting is what you do when a task is assigned to you.

Additionally, a hierarchy benefits us in three ways:

We applied (5) and we found a minimum set of verbs that needed to be represented. We applied (4) and we asked ourselves if we would miss any.

We applied (2) and tried to add antonyms to the verbs that were missing them.

We started clustering the tree applying (1) and (3) and making sure that every single synonym had a specific place in the tree, such that the ancestor path would make it clear what specific meaning we fixed to the verb.

We clustered verbs that were related (e.g. verbs for interactions between humans, communications, production of creative work, consumption, etc) and shared characteristics (e.g. semantic roles, types of objects). From these clusters, we picked generic representatives as parents and moved specializations to the bottom.

The clustering algorithm and leader election wasn’t easy to set on. We iterated on it a few times before we got to something that we felt comfortable with. Here is what we eventually converged to: 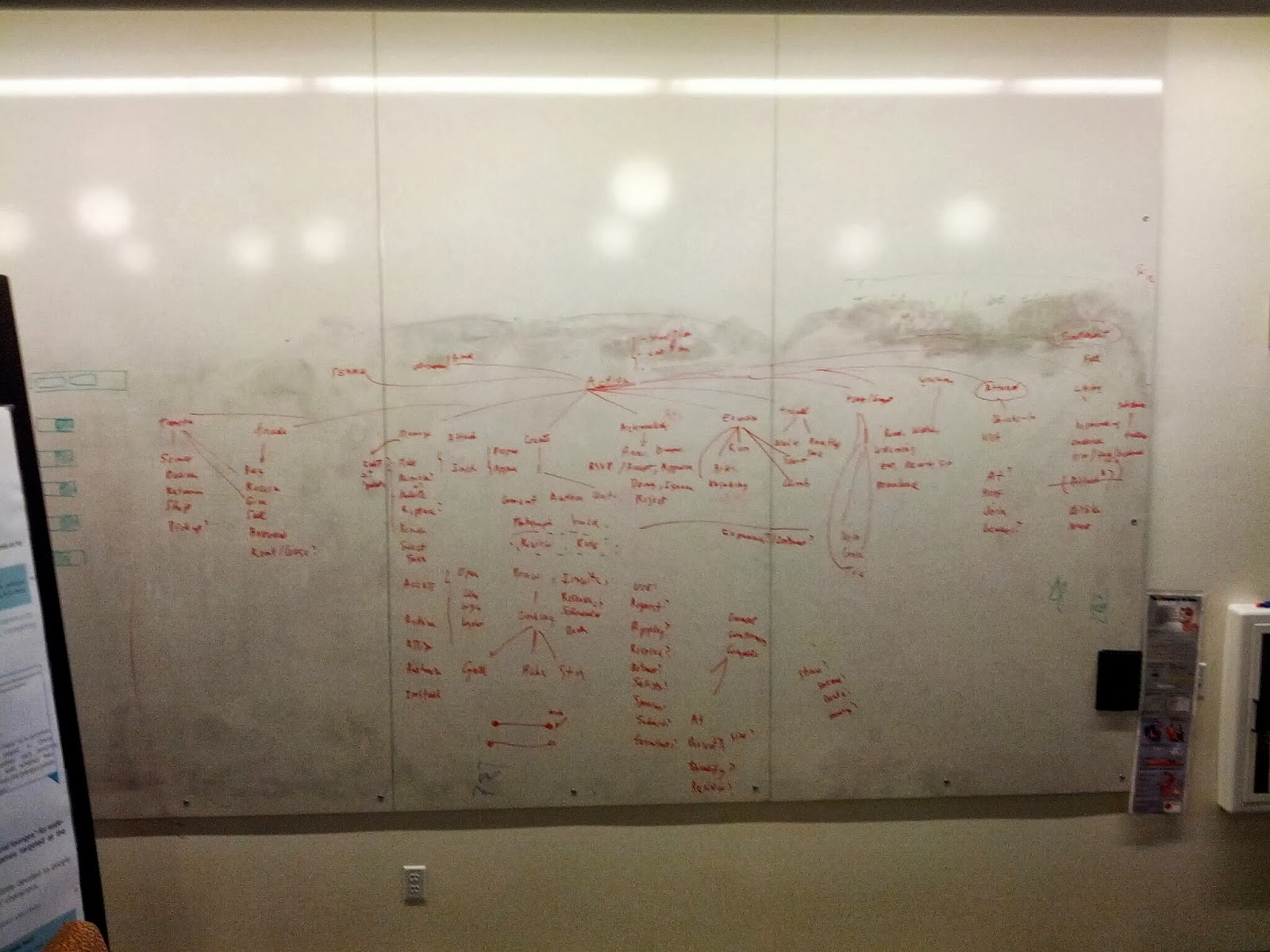 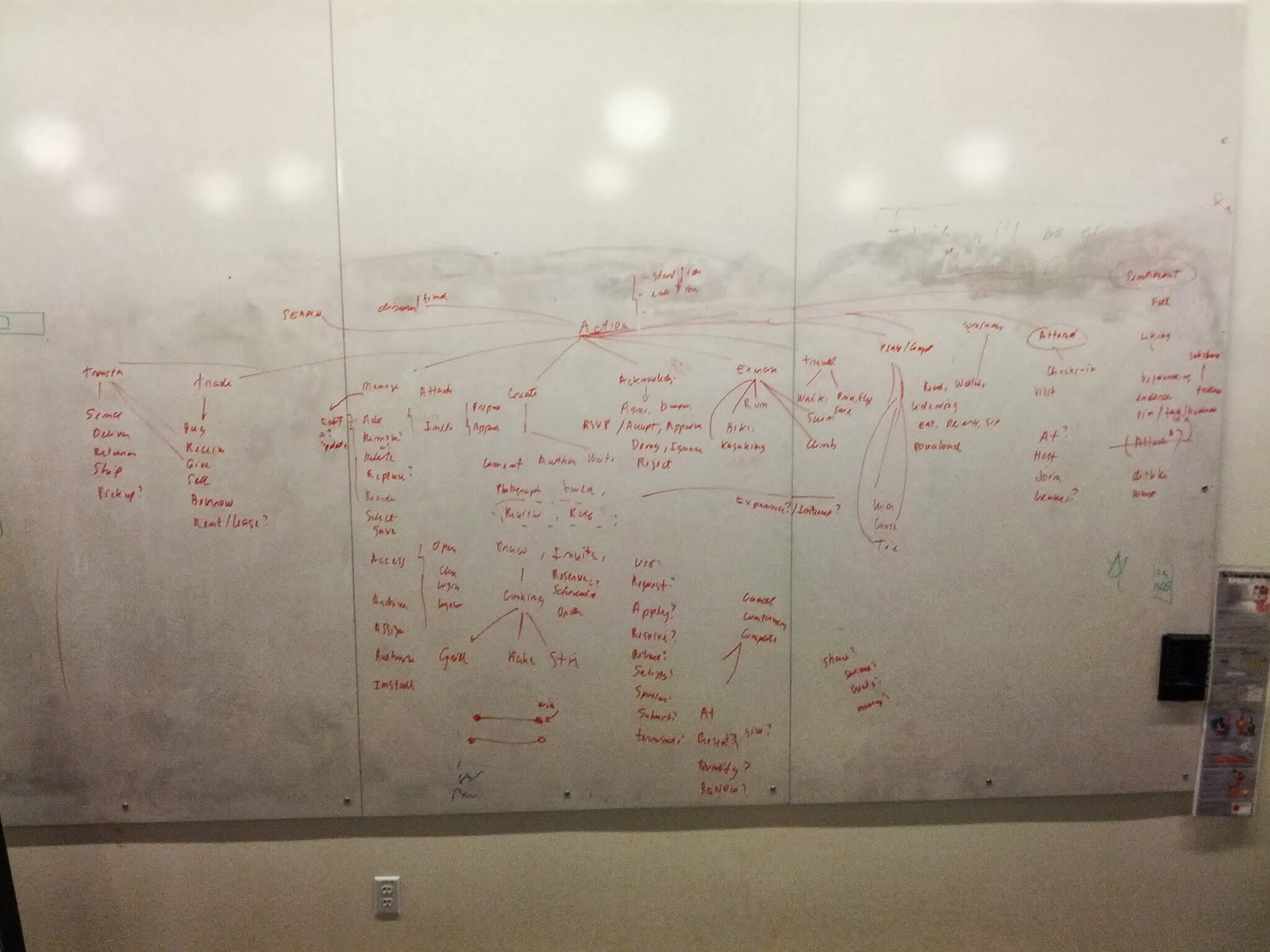 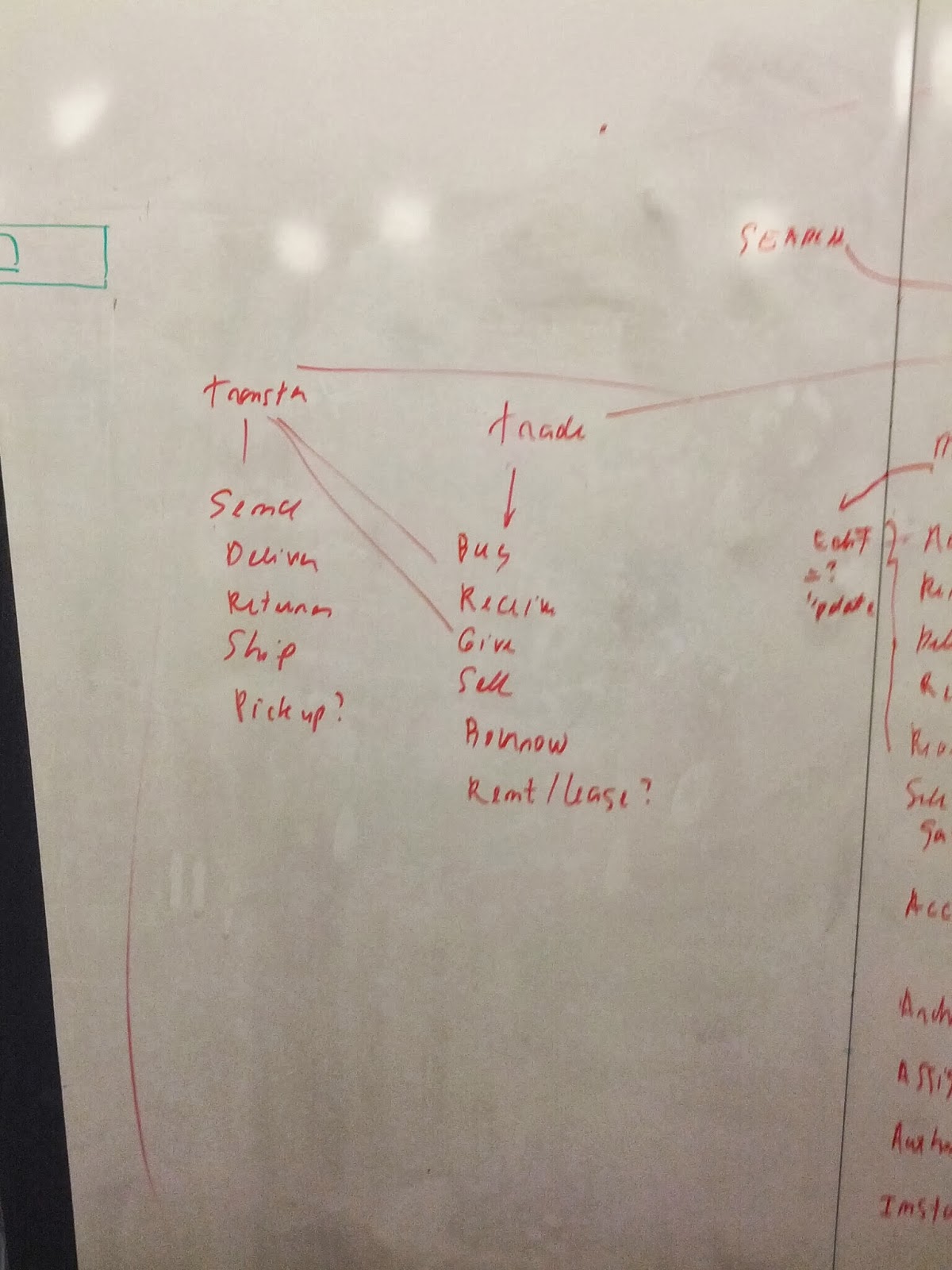 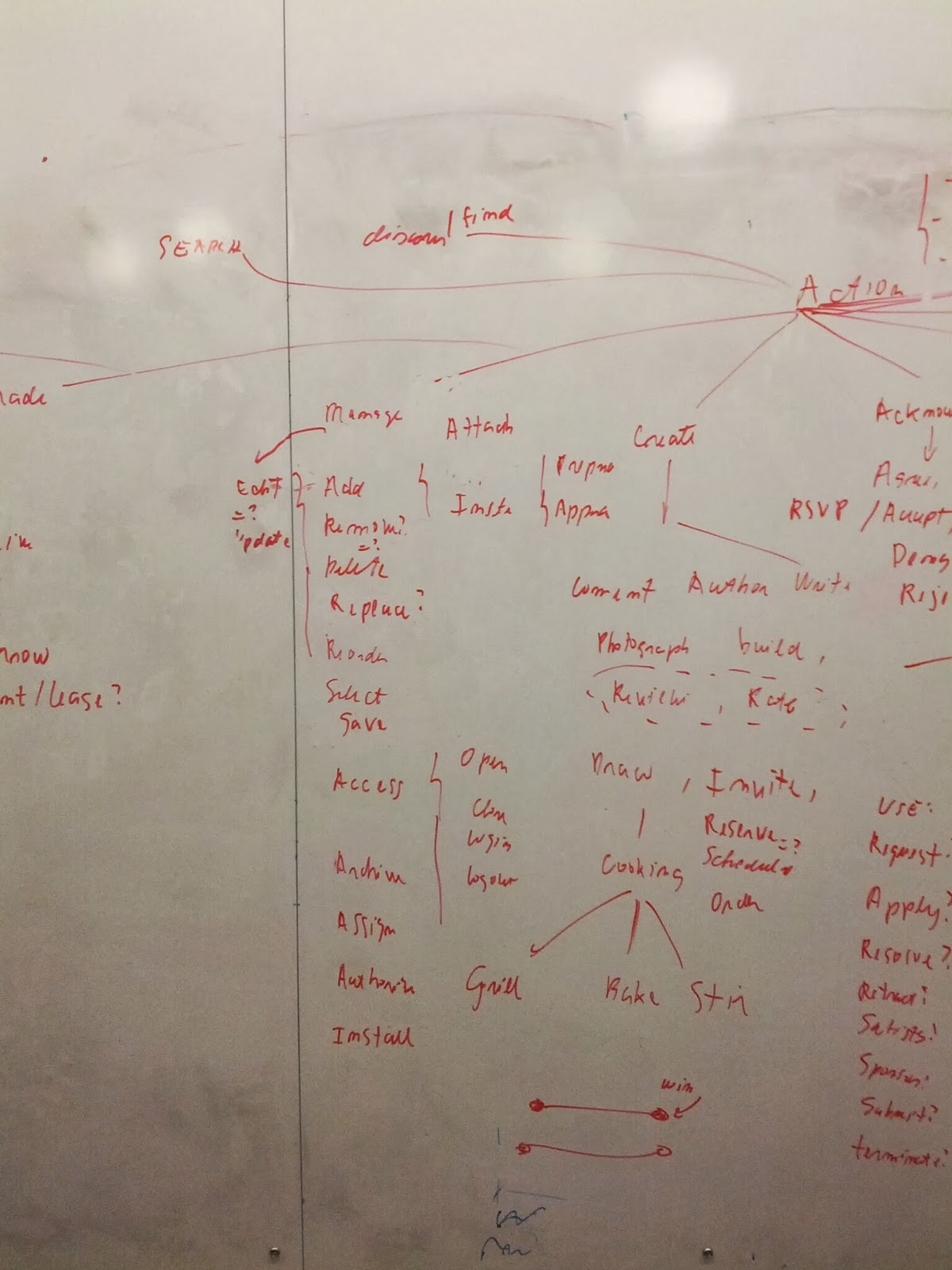 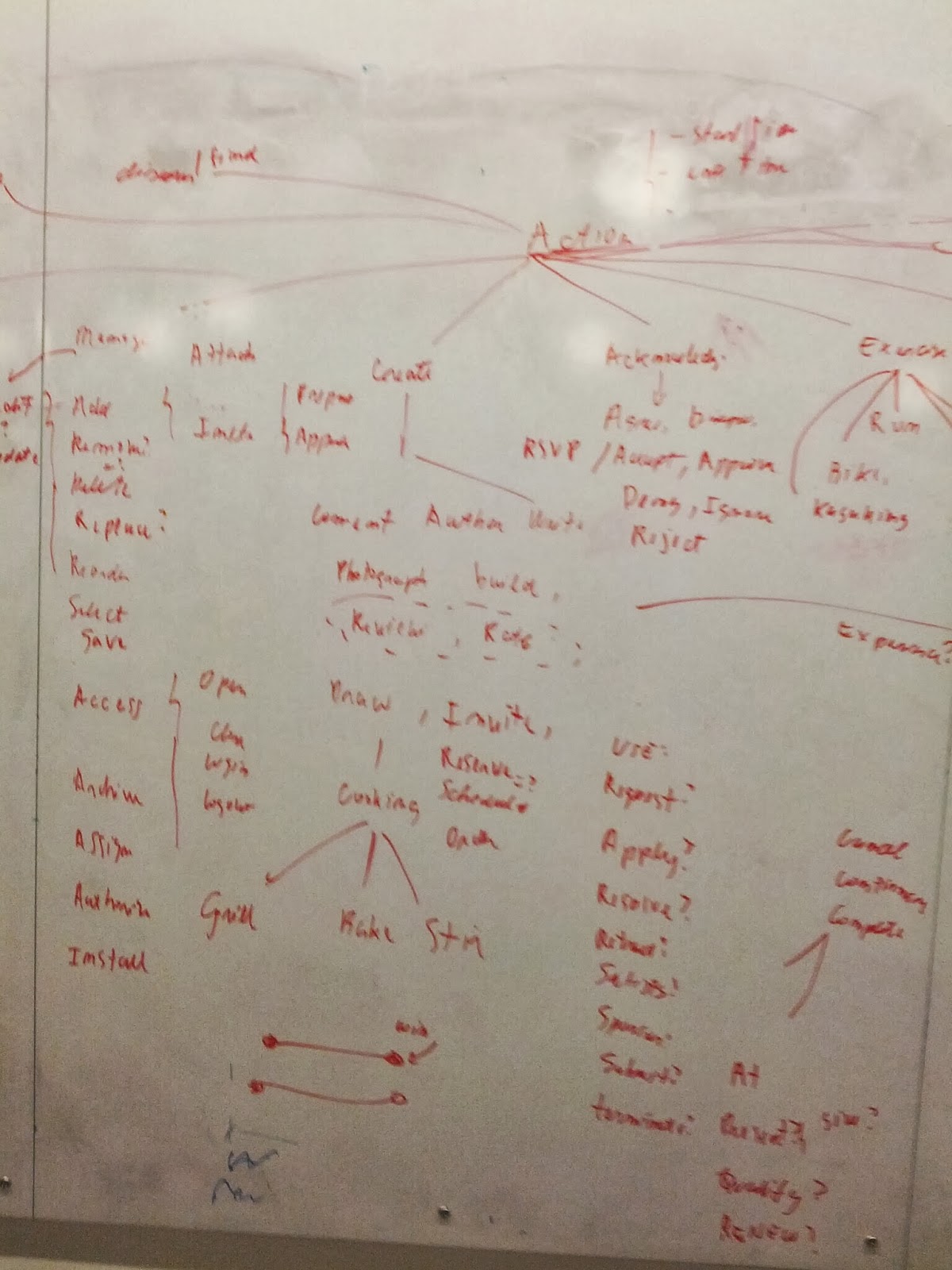 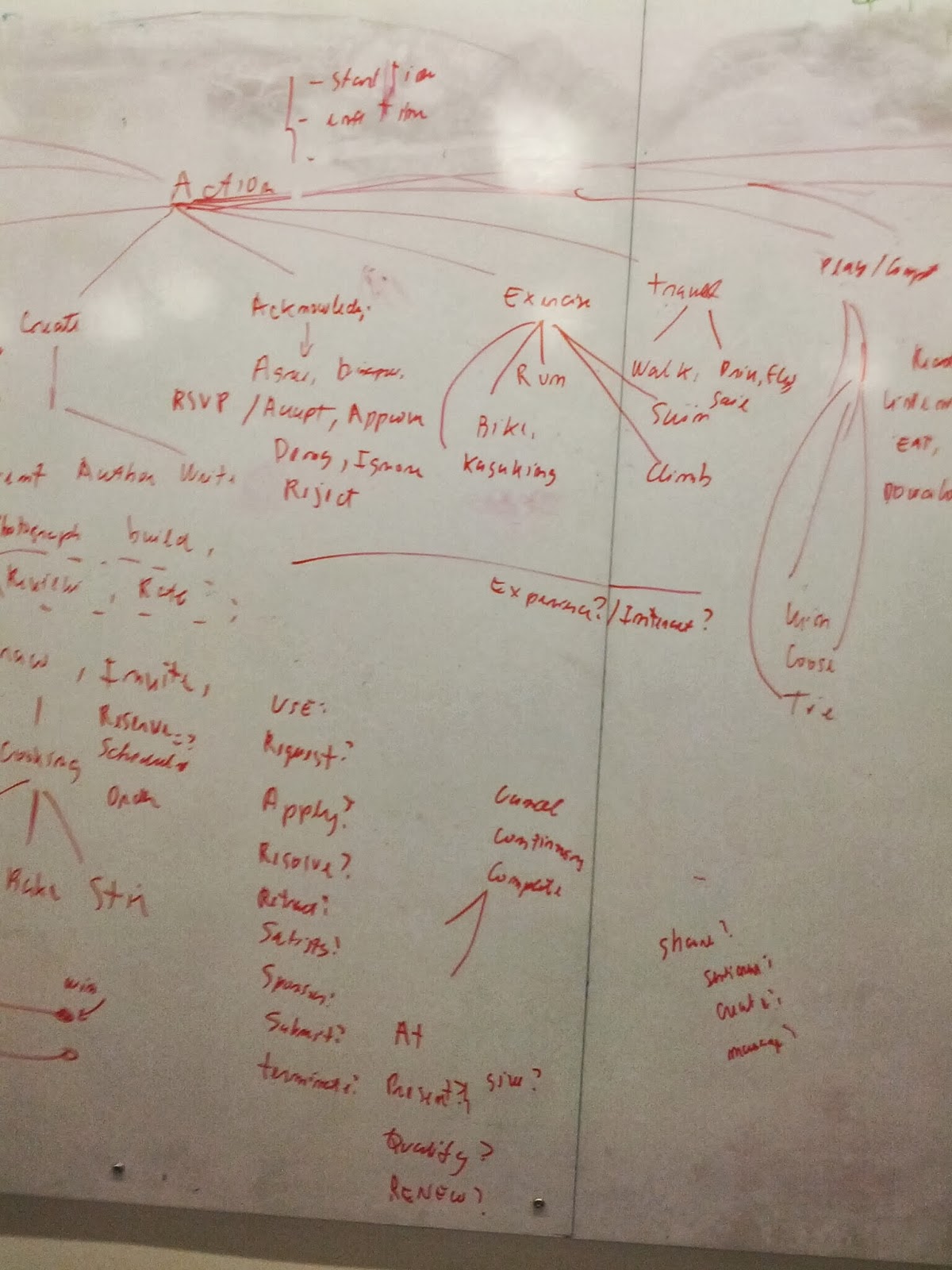 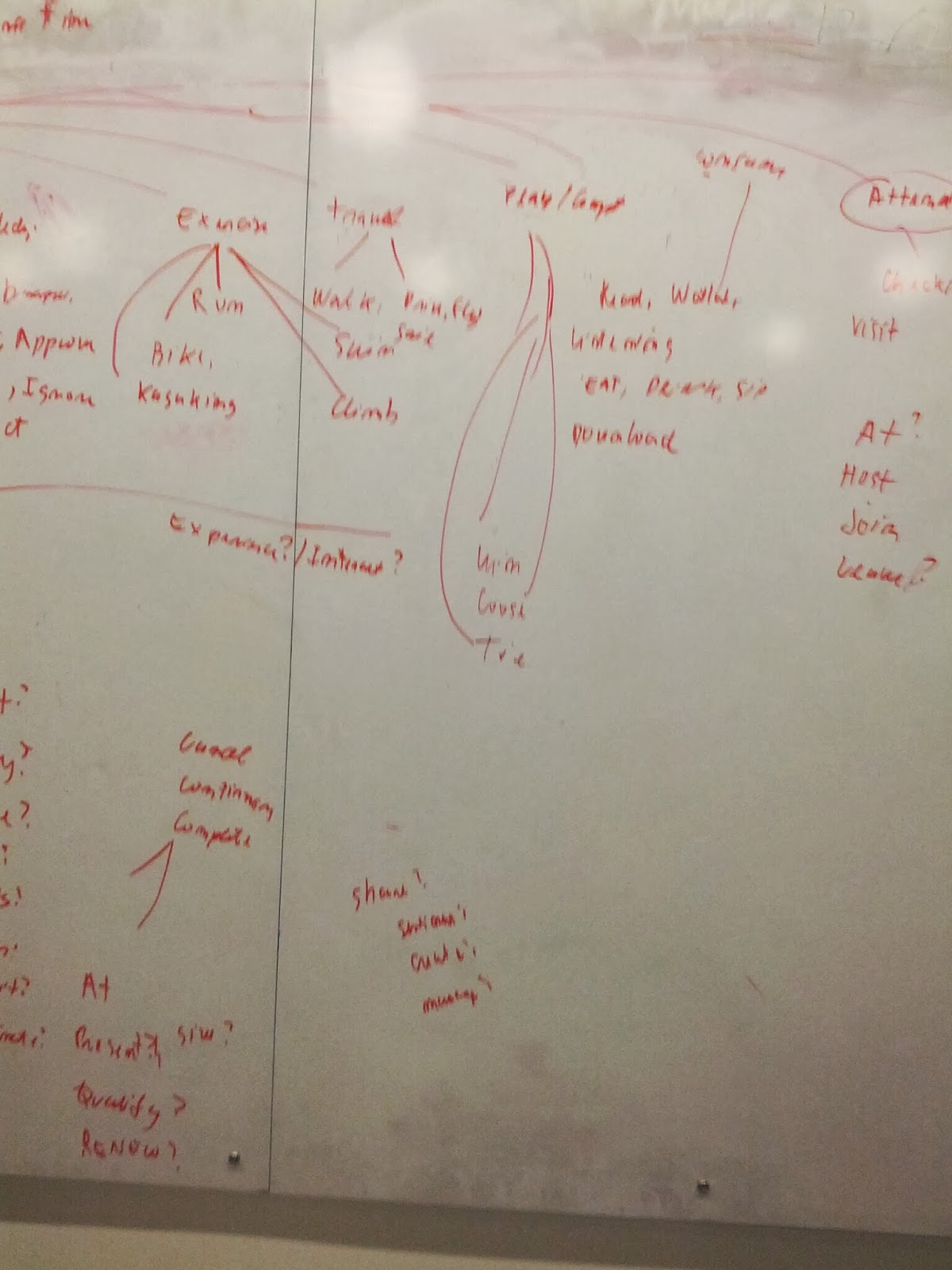 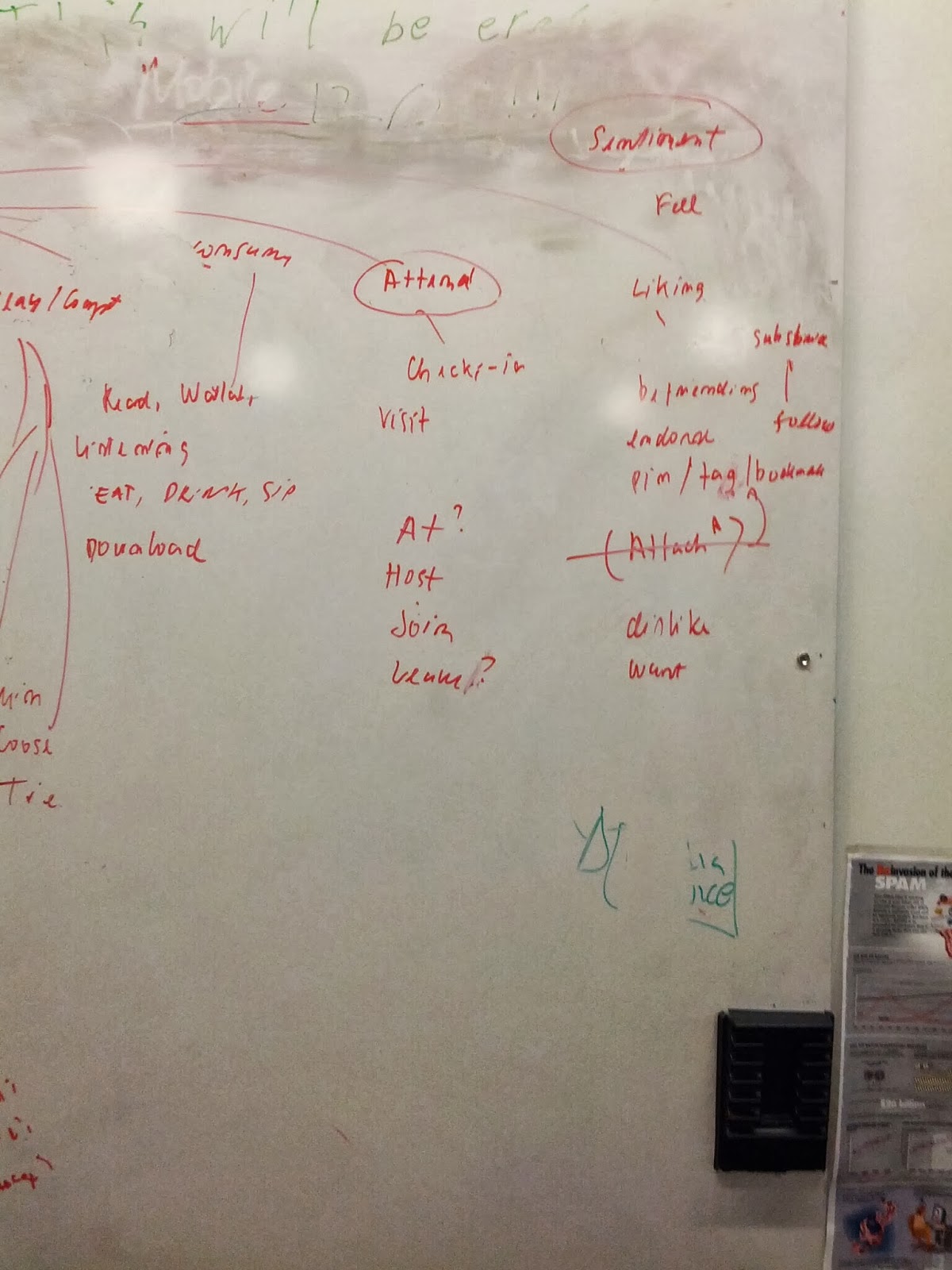 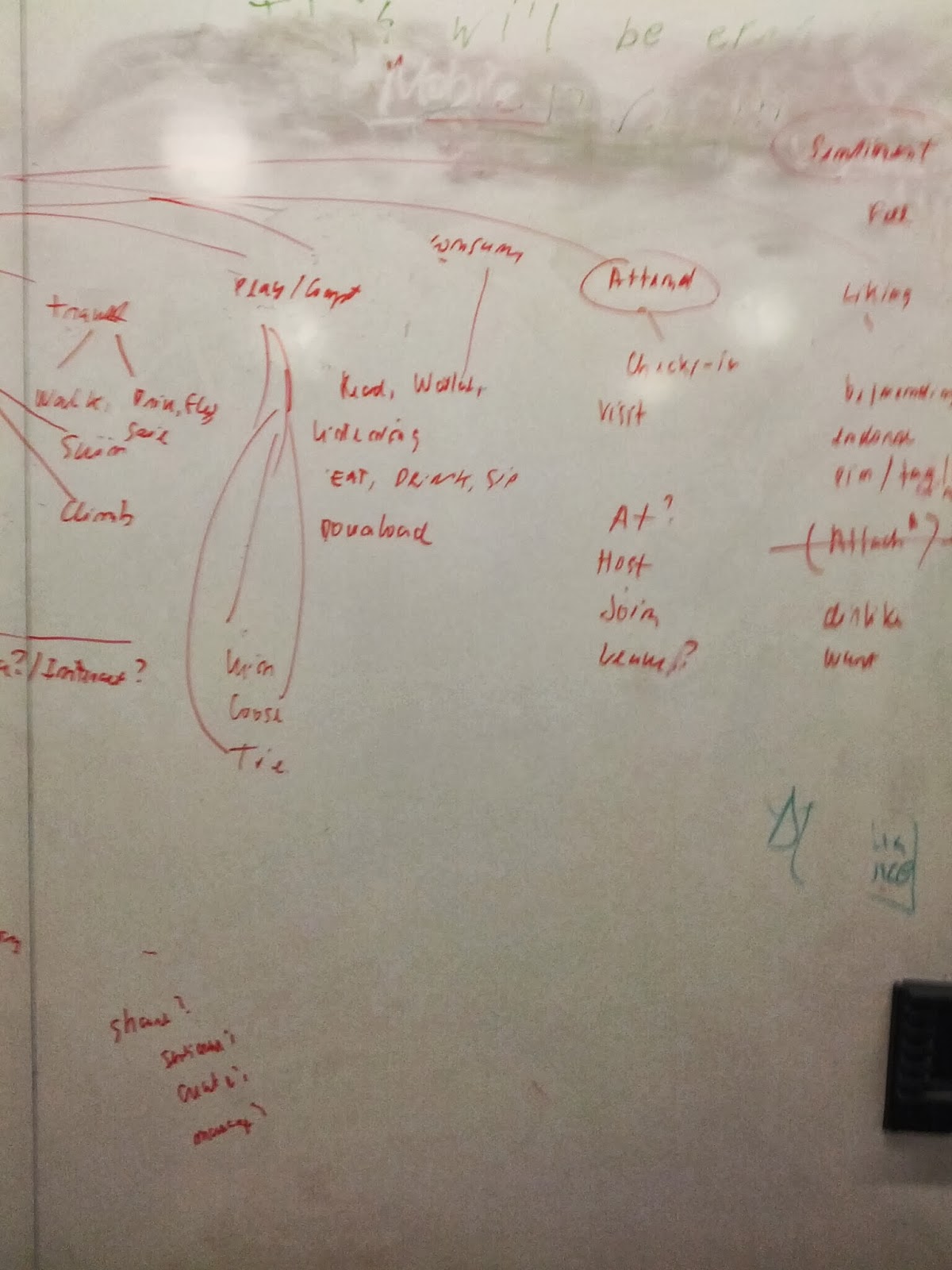 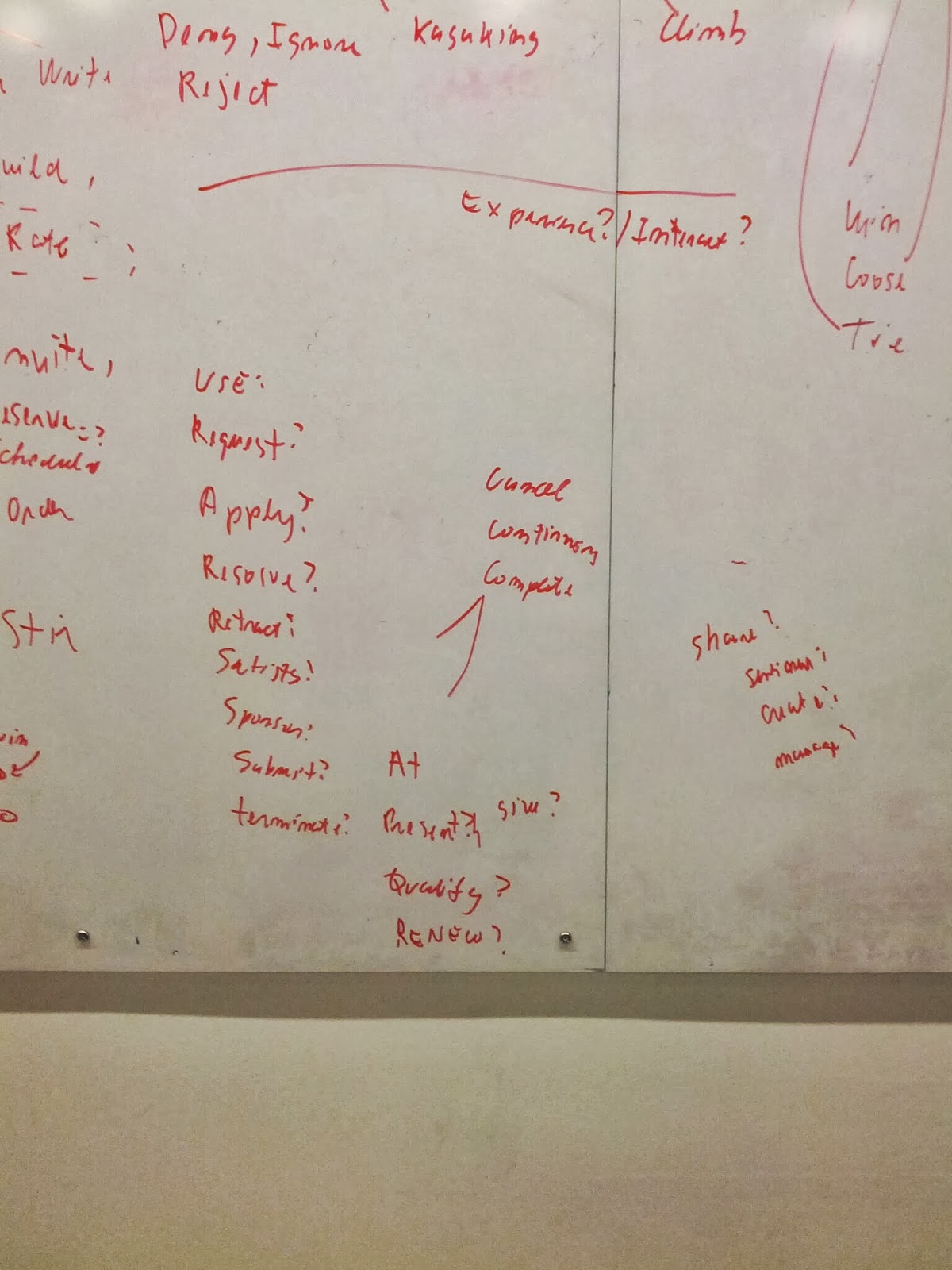 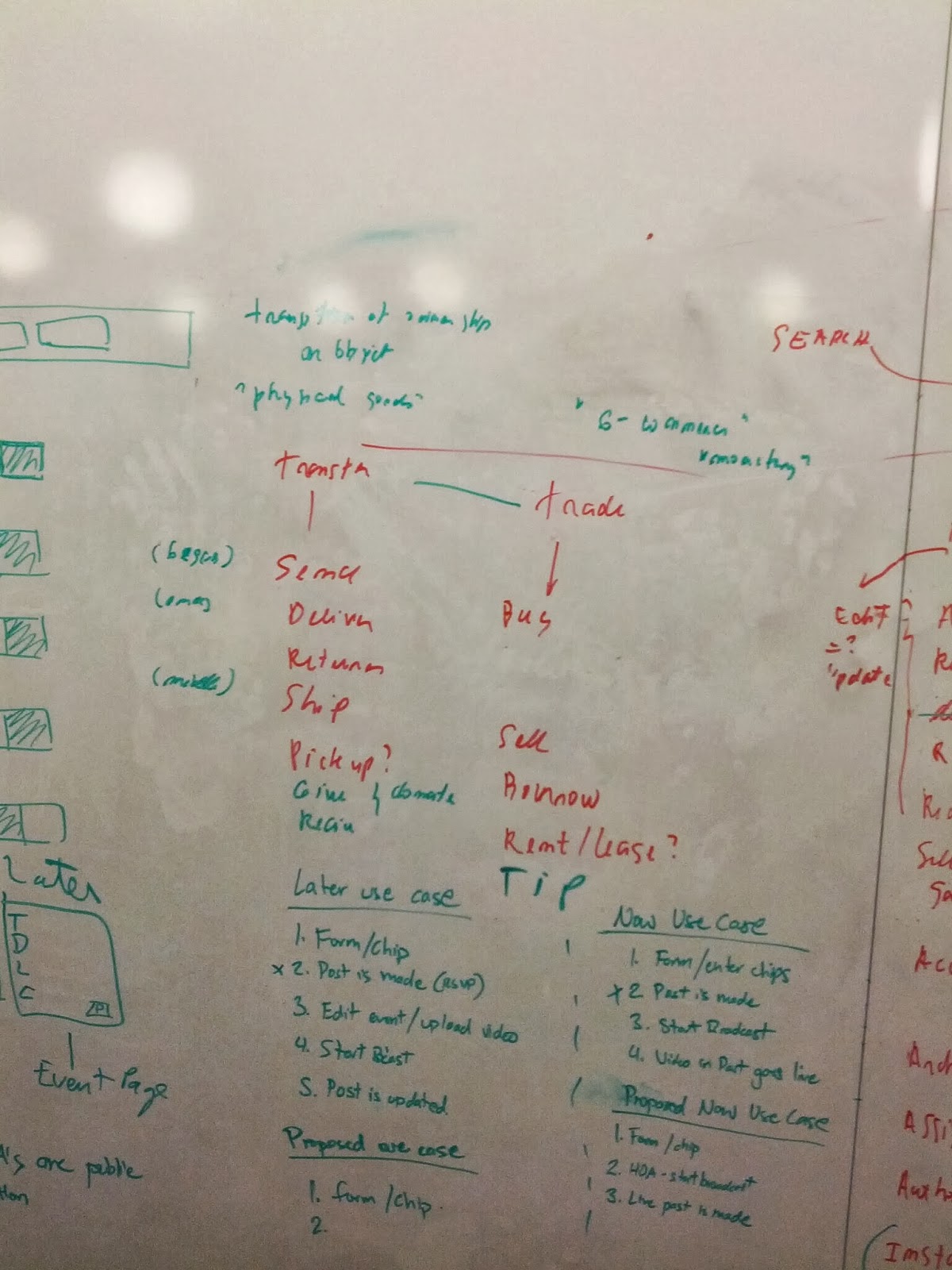 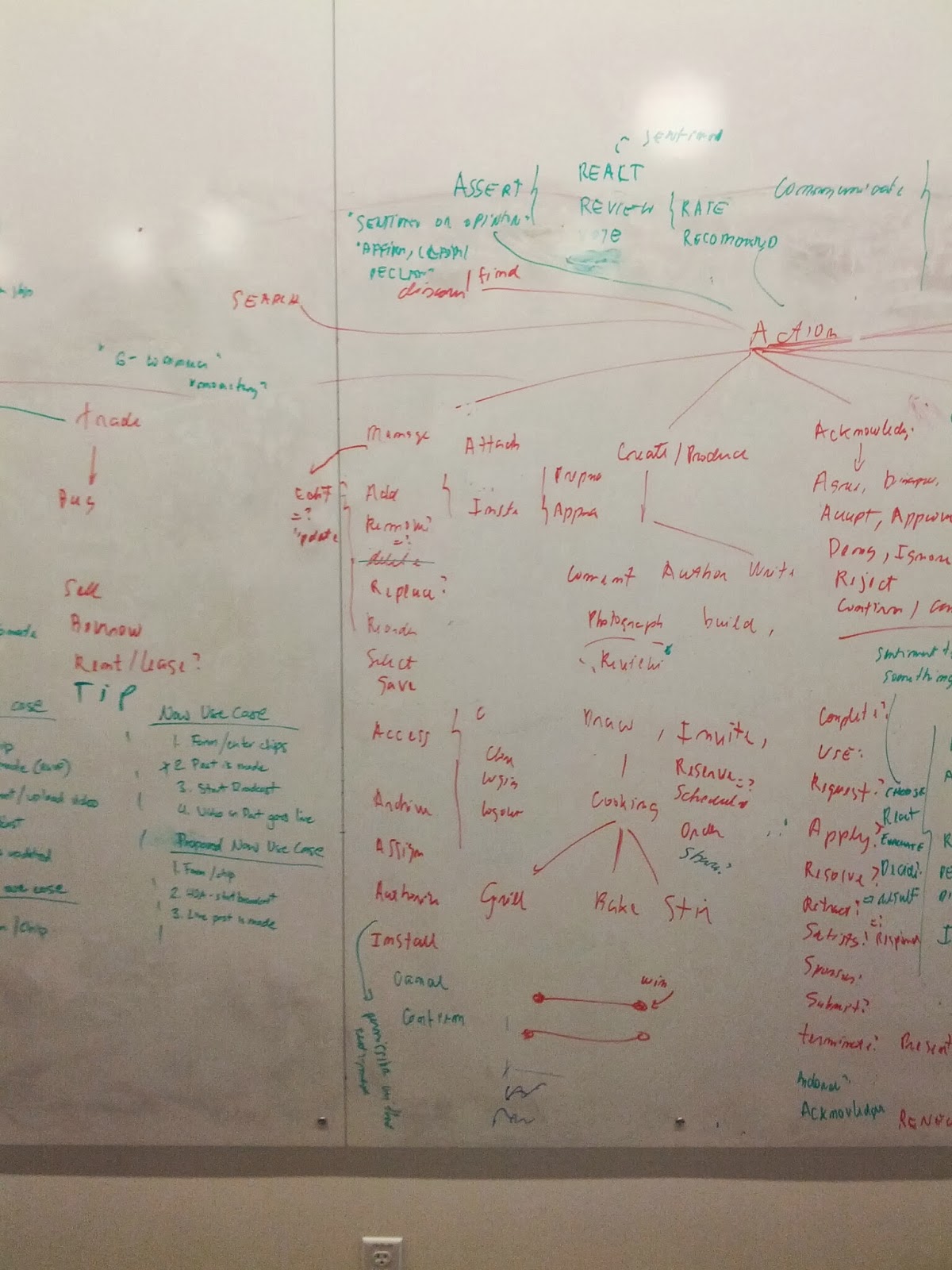 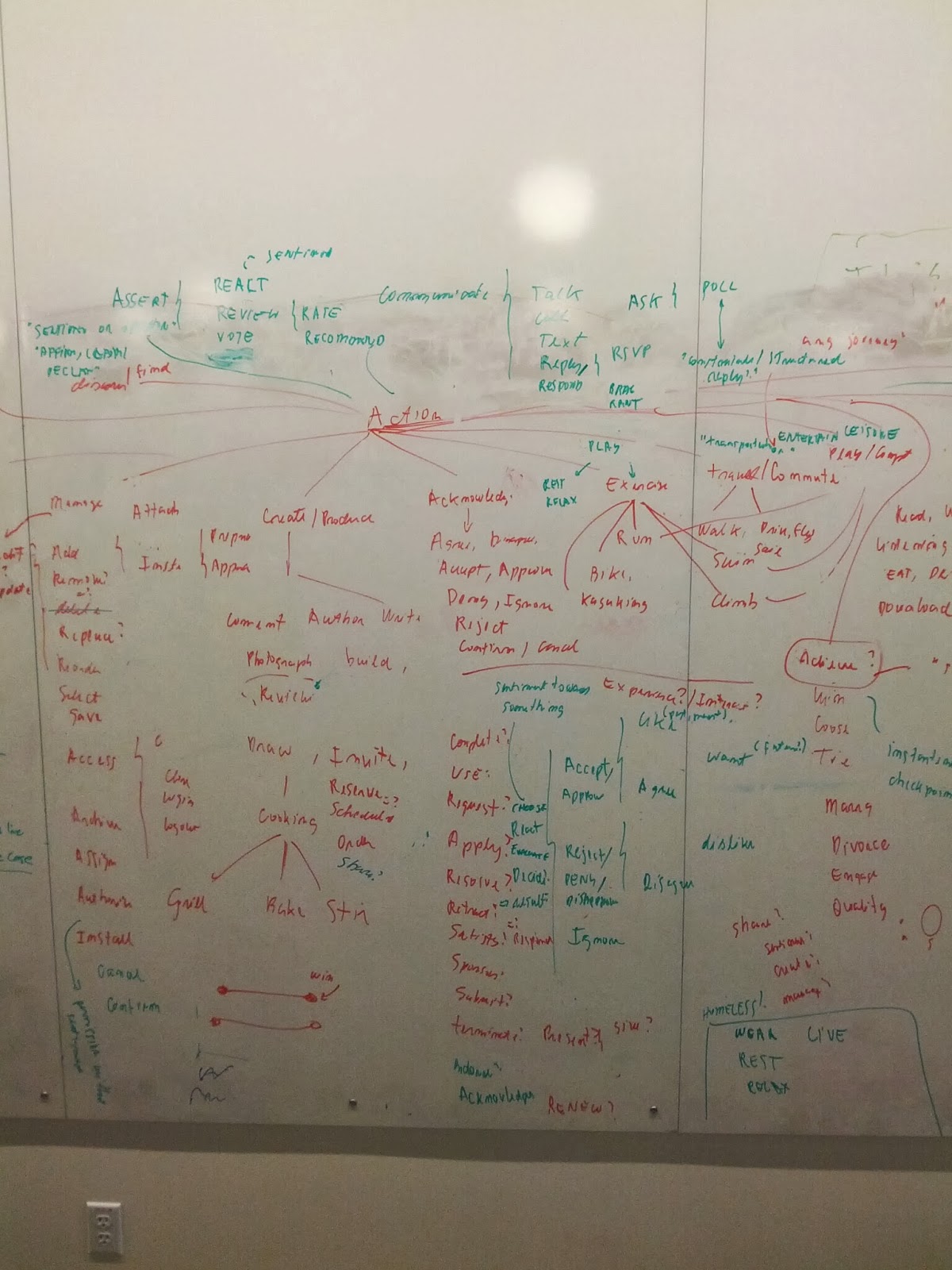 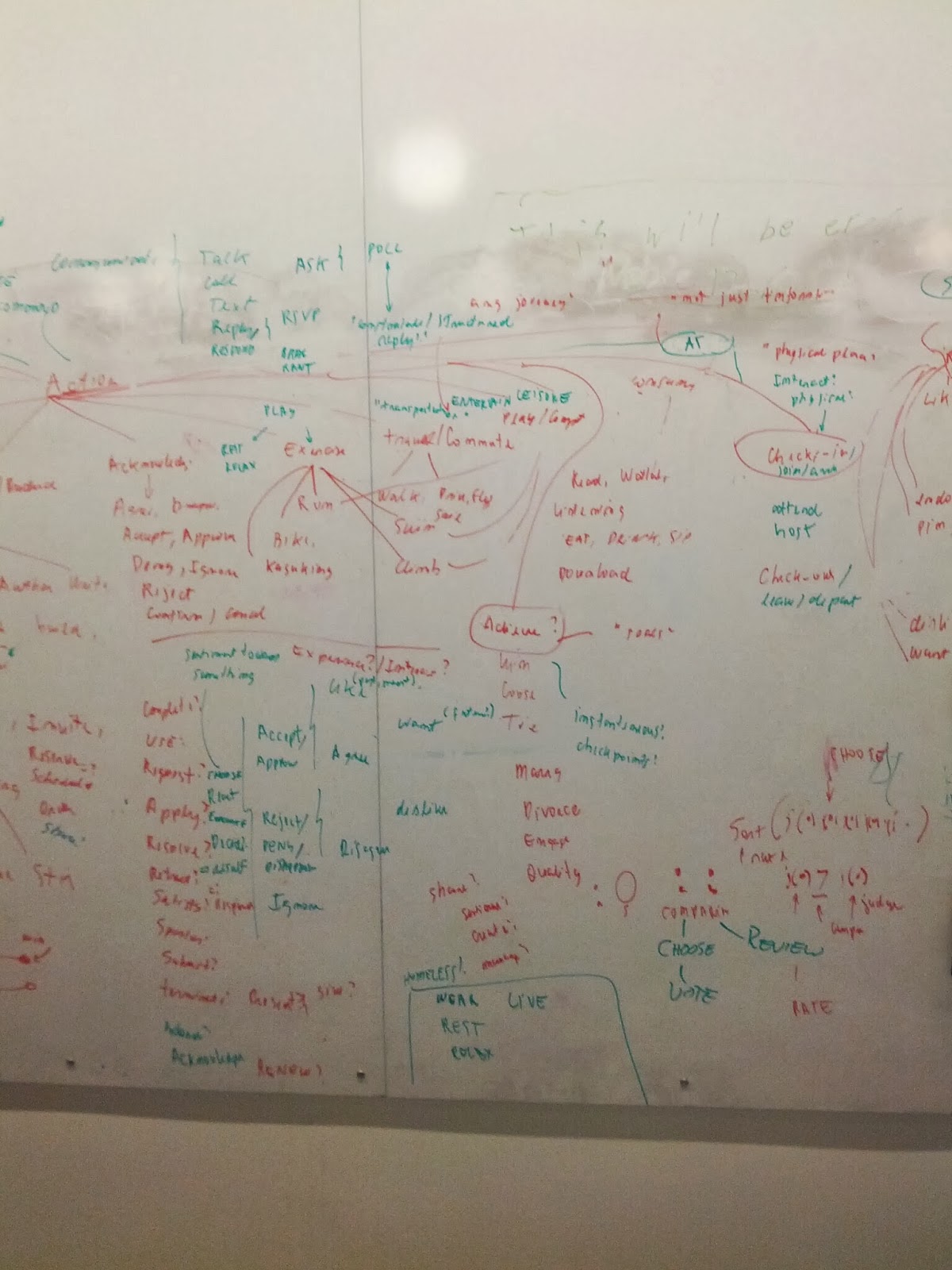 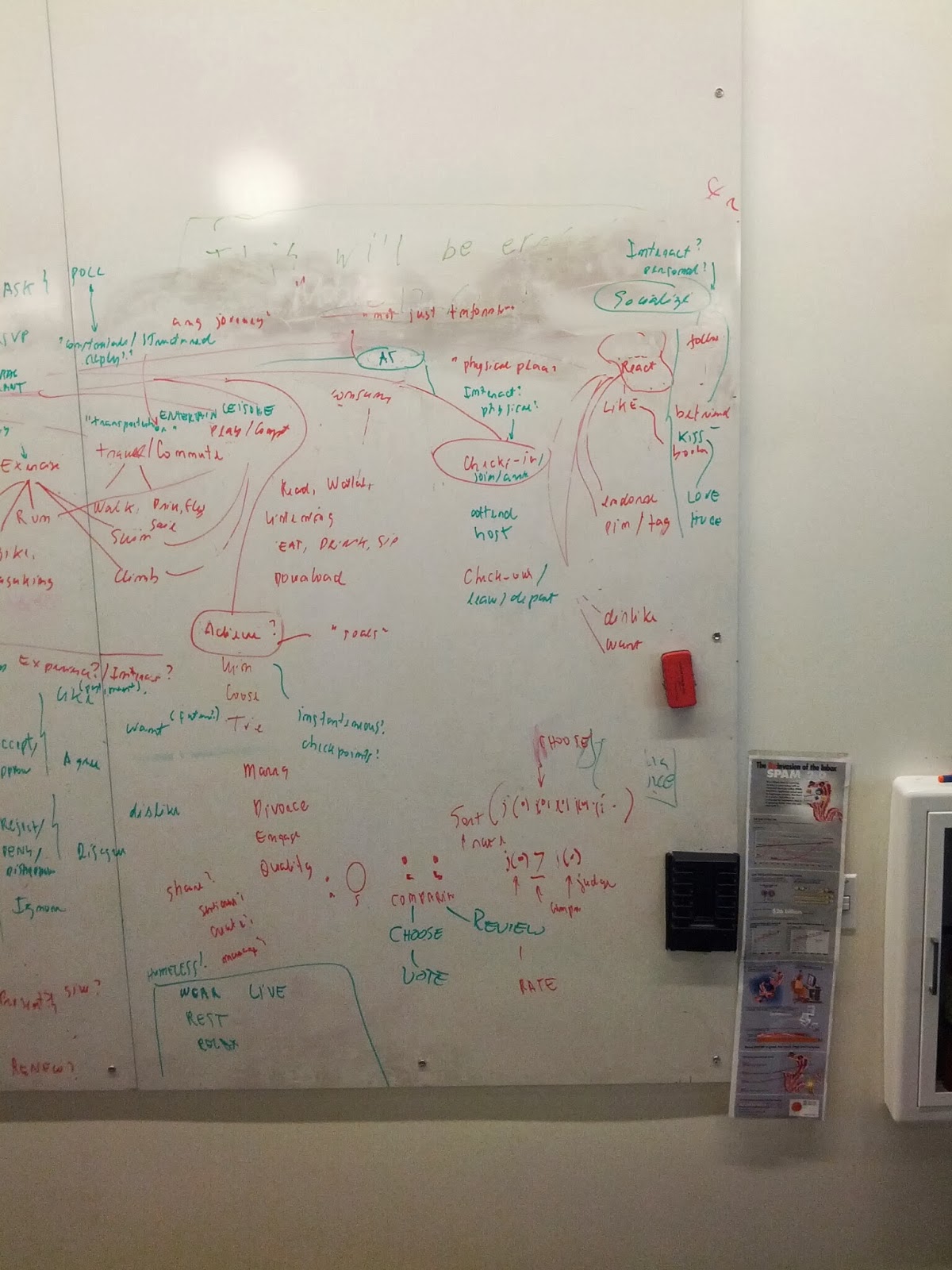